Audi is one of the biggest car manufacturers in the world. The A8 is a luxury sedan from the German auto manufacturer, Audi. This vehicle is in its fourth generation and has continued to gain popularity due to several factors. Some of these factors include its ruggedness, beautiful designs, and loads of features.

This post will show you the prices of the different Audi A8 models in Nigeria. It will also show you the best and worst makes as well as some of the unique features of this vehicle. 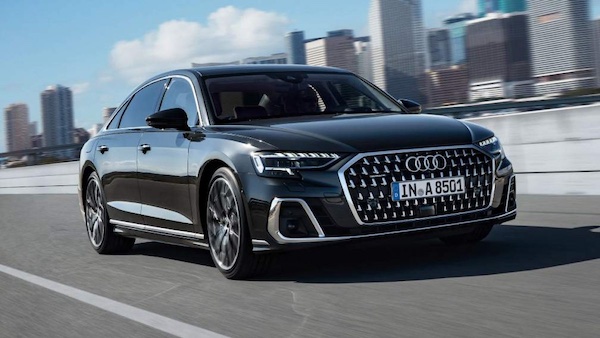 Audi A8 Prices in Nigeria by Model Year

Since its first release in 1994, the Audi A8 has evolved into a very exciting machine. The manufacturer has invested in bringing this car up to the standard of sedans in the same class as other manufacturers. This section will show you the prices of the different Audi A8 models by year.

The Best and Worst Audi A8 Year Makes

One look at the Audi A8 and you would be blown away, especially if you like a car that balances beauty with functionality and ruggedness. Audi seems to have put it all in the A8. This vehicle comes with so many features that make it the dream of every driver. From its handling to the ground clearance and exterior design to the interior comfort, everything about this vehicle screams “top-notch.”

The Audi A8 is a mid-size luxury sedan that most people consider to be quite pricy. However, when one considers the different features, one can excuse the price of the vehicle. This section will show you the best and worst Audi A8 year makes.

While the Audi A8 has gotten a lot of praise because it is generally an enjoyable piece, there are a few flaws. The main challenge with this vehicle is its reliability. Almost every year make of this vehicle has considerably poor reliability ratings, especially when compare to vehicles in the same class from other brands.

In recent times, the Audi A8 2020 featured very low ratings. However, the year that you should be wary about is the 2015 model. The company recalled several of the Audi A8 vehicles manufactured in 2015. One of the main reasons for the recalls was leaking fuel from the car’s fuel system. Other than these issues and the models mentioned above, you have no issues with the Audi A8.

So far, we have sung the praises of the Audi A8, and rightly so. This vehicle deserves every accolade it gets. It may be difficult to pinpoint the greatest Audi A8 of all time. However, we have put together a list of Audi A8 year makes that we consider being the best. They are not arranged in any specific order.

Unique Features of Audi A8

While the Audi A8 has been around for over two decades, recent models have featured some exciting unique features. We will look at some of the features that make this vehicle unique in this section.

Touch technology is becoming more and more popular in vehicles and Audi is making the most of it. Almost every part of the center console in the new models of the Audi A8 is touch-enabled. Because of this, the driver enjoys easier manipulation of the controls while driving.

The Audi A8 presents the owner with a lot of cabin space. Audi doesn’t just add an air conditioning system, it also includes an air deodorizer to add fragrance to the vehicle’s interior. Interestingly, you can choose the fragrance you prefer.

The Audi A8 presents you with an AI active suspension. This feature controls each wheel such that it can raise or lower the wheels using electric actuators. It also comes with an advanced safety system that senses impending lateral collision and raises the car within microseconds.

There you have it for Audi A8 prices in Nigeria. This post has also shown you the best and worst year makes of this vehicle and some unique features.