Cadillac is one of the oldest auto companies existing today. This company completely revolutionized the auto industry. While Cadillac cars aren’t so popular in this part of the world, there are quite a few that have made their mark. 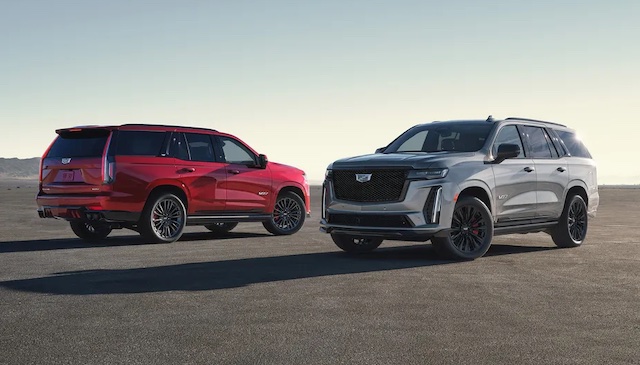 Prices of Cadillac Cars in Nigeria

Some Popular Cadillac Models in Nigeria

Cadillac is an American-based auto company that has spread its tentacles all over the world. Here are some of the popular models from this company on Nigerian roads:

The Cadillac Escalade is a top SUV that has been around since 1999. The first generation was completely ditched for a new design in 2002 and since then Cadillac hasn’t looked back in evolving this vehicle.

It might not be so quick, but the Escalade brings other things to the table. This vehicle has a very powerful engine, why shouldn’t it considering the meaning of its name? The full SUV also features a large and gorgeous cabin loaded with several premium materials. One of the things we love so much about this luxury SUV is its spaciousness. It has three rows of seats and still presents sufficient cargo room.

The CTS is an executive luxury sports sedan that hit the scene around 2002. Even though the company stopped production of this vehicle after the third generation, it is still a force to reckon with.

Cadillac unveiled this car to introduce its new “Art and Science” design language and it replaced the Catera. It is no secret that this vehicle, like most Cadillac cars, is for the affluent. It comes with several exciting safety and infotainment features. The car might be a sports vehicle, but it has sufficient space for passengers to enjoy a comfortable trip. This car’s latest generation features a very powerful engine. Cadillac discontinued the car in 2019 to focus efforts on producing electric vehicles.

The Cadillac XT5 arrived in Nigeria a short while after and has gradually wormed its way into the hearts of Nigerian car lovers. By 2017, Cadillac mentioned that the XT5 was its highest-selling model in the world. It is not difficult to see why as it comes with several exciting features. While you won’t exactly see loads of XT5s on Nigerian roads, it is one of the most popular from the company in this part of the world.

Cadillac has an array of luxury vehicles both in the sedan and SUV categories. The SRX is one of the luxury crossover SUVs from the company that was introduced in 2003.

Since its first introduction, the SRX has evolved in design, performance, and features. The company has added several luxury and safety features to the vehicle to make it one of the most desirable on the market. More recent versions of the SRX have become immensely successful. Like the CTS, the SRX was discontinued in 2016 to make room for the company’s foray into manufacturing electric cars.

The Cadillac DeVille is one of the oldest vehicles in the company’s recent history. It was first released in 1958 and the company stopped its production in 2005. This means that the DeVille enjoyed 8 generations of manufacture, making it one of the most iconic Cadillac cars ever.

Despite not being in production anymore, there are still a few DeVilles around. Nigerians love this vehicle because of its classic design. It is one for keeps. Don’t let the looks fool you, it is a very rugged vehicle with a powerful engine and smooth handling.

This is one of the newest cars in the Cadillac lineup. The XT4 was only released into the market in 2019 as a subcompact SUV. There is so much to like about this vehicle.

The suspensions are pretty comfortable for highway driving. It also has an intuitive infotainment system and the design is just out of this world. This vehicle might be new on the market but some Nigerians are already shelling out money to pick it up.

The CT4 is the smallest sedan from Cadillac. This vehicle comes with several features such as autonomous driving tech, an array of safety features, and an intuitive infotainment system.

One look at the CT4 and you would be enchanted. As mentioned earlier, these vehicles were designed for the affluent so they are quite costly. Because of this, Cadillac cars aren’t so popular in the Nigerian market.

Wondering why Cadillac has stood the test of time as one of the most loved luxury auto brands of all time? Here are a few unique features that make Cadillac vehicles stand out.

Advanced technology has always been a part of vehicles from Cadillac. This company was the first to introduce a closed-body passenger compartment, electric starter, high-compression, and a V8 engine amongst others. To date, Cadillac hasn’t slowed down on its high-tech innovations in the automobile industry.

One of the company’s objectives is to build the finest vehicles around, inside and out. This is why it takes time to craft every part of its vehicles. The interiors are made from real wood and hand-stitched leather as well as suede microfiber fabrics.

We cannot mention Cadillac features and leave out style. The vehicles from this company feature bold styling of intrinsic quality. If you love stylish vehicles and can afford one, you should definitely go for a Cadillac.

Now you know about Cadillac cars in Nigeria. This post revealed the most popular Cadillacs in Nigeria along with some of their unique features.