Jaguar is a British vehicle brand that was established in 1922. The brand is known for its luxury sports cars. It is renowned for its speed and style making it one of the most popular names in motorsports. Over the years, Jaguar has become synonymous with auto excellence.

Nigerians love stylish cars, a factor that has contributed to the popularity of the Jaguar brand in this part of the world. Of course, Jaguar cars aren’t as popular as some of the Japanese vehicles, however, it has their fair share of the market. This post will show you some of the popular Jaguar cars in Nigeria and why you should invest in one. 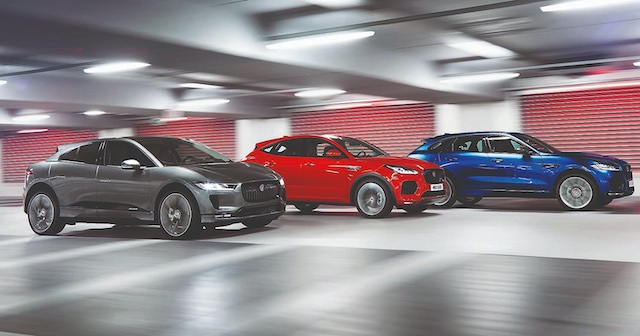 Prices of Jaguar Cars in Nigeria in 2023

Some Popular Jaguar Models in Nigeria

Would you like to know the most popular Jaguar models in Nigeria? This section will beam light on some of the popular models from this company in the country.

As mentioned earlier, Jaguar cars are known for speed, luxury, and style. The company introduced the S-Type in 1999 and the mix of all three characteristics was on display for all to see. Jaguar manufactured the S-Type for just ten years, between 1999 and 2009.

The model might no longer be produced but it is still a force to reckon with on the market. it is still sought-after among families and young executives who love a mix of style and comfort. Nigerians fit this description and have taken to this car over the last decade more than ever. You will find several versions of the S-Type on Nigerian roads, especially in large cities.

The introduction of the X-Type marked several firsts for the Jaguar brand. It was the company’s first all-wheel-drive and also its first front-wheel drive. This car was also the first to be designed with the Ford Mondeo platform as its model.

All of these facts point us in one direction. While the X-Type may seem like a luxury vehicle it has more reliability and performance than most people think. The car is built with premium materials and upon a mainstream model, making it one of the best vehicles from Jaguar. Over the years, the company has added to the X-Type’s features to make it more appealing to car lovers all over the world.

The F-Pace is one of the more recent models from Jaguar. It was first introduced in 2015 at the North American International Auto Show before hitting the markets in 2016. The compact luxury crossover SUV was designed based on the C-X17 (2013) from the same company.

Since its introduction to the market, the F-Pace has enjoyed so much fame and gathered several awards. Little wonder it has made its way around the world and found a home on Nigerian roads. This vehicle presents an array of safety features backed up by a very powerful engine and top-notch off-road capabilities. It is also one of the most comfortable SUVs out there and is worth every dime spent.

The XF is a rear-drive, front-engine, mid-size luxury car from Jaguar. This vehicle went on sale for the first time in March 2008 and since then it has become the company’s standard-bearer. Experts believe that it changes the image of the company into one of a catwalk model.

It is no secret that Nigerians love beautiful cars that exude style and class. The XF ticks all these boxes with so much ease. Beyond being a luxury vehicle, it also presents high-performance as it has a very powerful engine as well. This vehicle is also great in its fuel economy, another reason why Nigerians are in love with this model.

The XJ is the oldest vehicle on our list of Jaguar cars in Nigeria. It has been in production since 1968 and was only discontinued in 2019. This period covers six generations of the XJ with over 800,000 units sold worldwide. Research shows that this figure is about half of all the Jaguar vehicles produced within the same period. It tells us how popular the XJ was and why it found its way to this part of the world.

Jaguar constantly improved the quality of the XJ all through its production lifetime. Nigerians fell in love with this vehicle for its attractive designs, performance, handling, and comfort. The cabin is quite large and it can accommodate five persons comfortably. There is also sufficient cargo space making it a perfect family car.

The XE is a four-door, front-engine, all-wheel-drive compact executive car. It was designed to succeed the X-Type and was first introduced in 2014 before hitting the markets a year after.

One of the main standout features of the Jaguar XE is the aluminum suspension. Asides from this, the XE is known for its smooth handling and attractive design. It is a little smaller than the XF even though both feature similar designs.

Reasons to Buy a Jaguar Vehicle

Jaguar is synonymous with class and style in the auto industry. Regardless, one must ask the question, “Why should I buy a Jaguar vehicle?” We have put together a few reasons in this section.

Jaguar has always been known for manufacturing fast cars and this reputation is still standing. Every product from this company still features lots of speed and amazing acceleration. All of these boil down to the quality of the engine beneath the hood. Jaguars come with high-performing engines that deliver sufficient power to get the car moving at the highest possible speeds.

You cannot separate the Jaguar brand from luxury. These cars provide an exciting dose of luxury to customers. Each Jaguar comes with a range of features designed to provide both the driver and passengers comfort at its peak.

Safety is one of the top requirements for car lovers and Jaguar cars excel in this regard. The cars from this company are equipped with top-notch safety features to ensure optimal safety for occupants. Some of these features include autonomous emergency braking, intelligent driveline dynamics, torque vectoring, etc.

That’s it for Jaguar cars in Nigeria. We have shown you the popular vehicles from this brand in the country and three reasons why you should buy one.