Opel is arguably one of the oldest auto manufacturing companies in the world. This company has been in existence since 1899 and has produced all kinds of vehicles since then.

Nigerian roads have had their fair share of Opel cars. Around the early 2000s, Opel cars were very common on our roads. There has been a decline because of the arrival of more attractive and sophisticated brands. Regardless, we still have some popular Opel models on our roads.

This post will show you some of the popular Opel models in Nigeria along with other important facts about this auto brand. 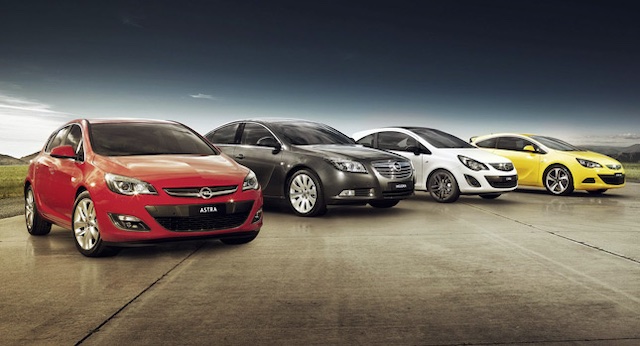 Prices of Opel Cars in Nigeria

Some Popular Opel Models in Nigeria

Below are some of the popular Opel models on Nigerian roads:

Opel introduced the Vectra to replace the Ascona in 1988. This model hit the ground running as it became very popular among drivers. Little wonder it was regarded as the best-selling Opel brand not too long after.

One of the biggest selling points of this vehicle is body strength. It seems the designers put in extra effort to ensure that the four-door sedan was very strong. The Vectra didn’t just come with a strong body, its body was designed to resist corrosion. These two characteristics contributed to the popularity of this vehicle in Nigeria and other African countries. Over the years, Opel has improved the design and performance of this vehicle even though it was discontinued before 2010.

If you love a family vehicle, then the Zafira should appeal to you. It is a minivan from Opel that has several interesting advantages. Opel first introduced the Zafira in 1999 and phased it out after three generations in 2019.

Despite being out of production, the Zafira is very much present on Nigerian roads for several reasons. One of them is its roomy interior. This vehicle offers a very spacious and practical cabin that compares to what some of the other minivans present. It comes at a more affordable price than most minivans in the same class and offers better fuel economy.

The Corsa is one of the oldest vehicles from Opel that is still in production. Opel introduced this vehicle in 1982 as a super mini-car. Over the years, the company has transformed this vehicle into a beast.

The Meriva is another minivan from Opel. It was introduced in 2002 at the popular Geneva Motor Show. The vehicle hit the markets a while later and has done remarkably well like several other Opel models.

Experts consider the Meriva to be the younger sibling of the Zafira and rightly so. Regardless, there is still an argument that it looks more like the Corsa. This is because it shares a few similarities such as the taillights and being built on a similar platform. Opel has infused several features into the Meriva to make it compete easily with its contemporaries on the market.

Opel first introduced the Astra in 1991 as a replacement for the Kadett. This vehicle share several similarities with the VW Golf. The first generation of the Astra featured several modifications such as 5-door station wagons, 4-door sedans, and 5-door hatchbacks. Several sporting versions also made their debut at about the same period.

Over the years, Nigerians have fallen more in love with this vehicle for several reasons. The powerful, high-performance engine is one of them. Another reason is the fuel economy of this vehicle and the comfort of the interior. Opel has added several features in the newer generations to make this vehicle deliver more value.

Minivans were in high demand around the mid-1990s. Opel stood up to the occasion and introduced a minivan known as the Sintra. This vehicle was initially designed for the European market alone. However, it is closely related to several other vehicles like the Oldsmobile Silhouette and the Trans Sport from Chevrolet.

The Sintra comes in two variations, the 7-seater, and 8-seater. It features great visibility and makes a statement as one of the best family cars from Opel. Nigerians like this car because of its versatility. It can be used to convey passengers as a public transport means or for private use. You can also collapse the seats and use it as a delivery van for a small business.

Interesting Facts About Opel that you Should Know

Now that we know the popular Opel models in Nigeria, let’s discuss some interesting facts about this auto brand.

Opel was a manufacturer of sewing machines

Strange but true, Opel used to be a sewing machine manufacturer. The German company was established by Adam Opel in 1862 to manufacture sewing machines. It was pretty successful at this venture as its machines were sold all over Europe. Adam Opel decided to diversify after seeing a bicycle being exhibited at a French gallery. He successfully moved his company into manufacturing bicycles in the 1890s but died in 1895.

Adam Opel’s widow, Sophie, and their two sons worked on expanding their company’s repertoire after the founder’s death. To do this, they went into partnership with a designer and locksmith who was already working on vehicle designs. The company introduced its first car in 1899. Even though it wasn’t an instant success, it set the foundation for the Opel we know today.

Opel is all about design

Opel is the first auto manufacturer to have a specialized design studio that it launched in the 1960s. The brand worked with an array of creative to manufacture vehicles with attractive designs that were still very affordable. This act set the tone for the manufacture of several vehicles such as the Manta, GT, and Ascona.

There you have it for Opel cars in Nigeria. We have shown you some of the popular Opel models on Nigerian roads in this post. Also, we have presented you with some interesting facts about this auto brand.