BMW is arguably one of the biggest luxury car brands globally. There are millions of BMW vehicles plying different roads the world over, including in Nigeria. It is no secret that this brand manufactures some of the most admired vehicles in the world.

Nigerians love BMW cars for several reasons such as high performance, ruggedness, and comfort. There are different models from this company that are popular on Nigerian roads. This post will show you some of these popular models and a few important facts about BMW. 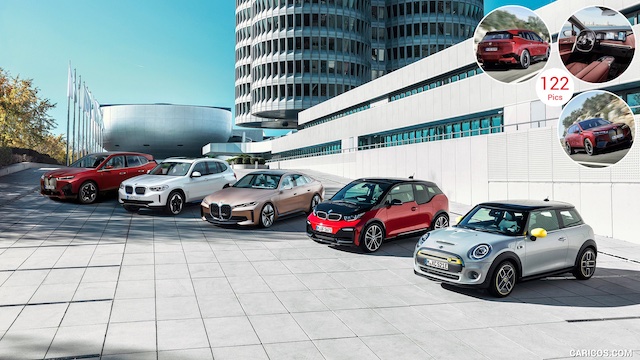 Prices of BMW Cars in Nigeria

Some Popular BMW Models in Nigeria

BMW is arguably one of the biggest vehicle brands to come out of Germany. Several times, the company has broken world auto sales records. Below are some of the popular BMW models on Nigerian roads:

The BMW X5 is the first in the company’s line of full SUVs. Since its first release into the market, this vehicle has gained so much popularity. There are several reasons for this including permanent all-wheel drive, ground clearance, and independent wheel suspension.

One of the biggest advantages that make this vehicle suited to Nigerian roads is that it is designed to drive on every kind of road. This means you can drive it to any part of the country without worrying about the roads. Other reasons that endear the BMW X5 to Nigerians include the large cargo space and cabin room, top-notch interior features, and its ruggedness.

The BMW 335i is a compact 4-door sedan from the German auto giant. It comes with a 6-cylinder 24-valve engine and a default 8-speed STEPTRONIC auto transmission. Note that some trim levels have a 6-speed manual transmission instead.

This vehicle has a very sleek design making it look like a sports car. While experts have certain issues with some of the versions of this vehicle, it has done quite well on the market. It may not be one of the most popular sedans on Nigerian roads, but it ranks high on the list of BMW vehicles in the country.

BMW first launched the 7 Series in 1977. This vehicle came to replace the Bavaria 4-door sedan and is arguably one of the oldest BMW models on the market today. Over the years, BMW has transformed this vehicle in design, performance, style, and performance.

Nigerians love this car because it is pretty unassuming. It looks quite regular but it takes performance and handling to a whole new level. You can tell from a distance that a 7 Series is on its way. The latest generation of BMW 7 Series comes with an array of features that guarantee the safety of both drivers and passengers. Lest we forget, it is one of the most comfortable sedans out there.

The BMW X6 is arguably one of the most successful SUVs to come out of Germany. It was first unveiled in 2007 and since then, several thousand units have been sold. While we all see it as a compact SUV, BMW places it in a different class. It is called a Sports Activity Coupe (SAC).

The company used this vehicle to create a new niche in the auto industry. It was a risky move but it paid off and we can see the dividends on Nigerian roads today. The BMW X6 is one of the most popular vehicles from the company in this part of the world. It is a premium compact SUV with several exciting features that will interest car lovers.

If you think of it, it seems that the BMW 3 Series has always been here. Of course, it hasn’t but it was released in 1975 making it one of the oldest models on our list. The original design was a compact 2-door coupe. It was fun to drive with several features.

BMW kept working on this car to evolve it generation after generation. Today, the 3 Series has metamorphosed into a powerful 4-door sedan that catches the eye at every turn. There is so much that comes to mind when you hear the name 3 Series. From the powerful engine to the suspension and handling as well as the internal features and comfort.

It is impossible to mention popular BMW models in Nigeria without mentioning the 5 Series. This vehicle has been around for a very long time as well. Just like the 3 Series, it came to replace a Bavaria as a new family car.

The car hit the ground running and soon became popular in different parts of the world. Newer versions have arrived on our shores and have quickly become popular as well. Just like the other BMW models above, the 5 Series is comfortable with a high-performing engine.

Some Facts About BMW

Now that you know the popular BMW models in Nigeria, here are some important facts about this German auto giant:

Before BMW manufactured cars, the company was into building airplane engines. This company set several records in the aviation industry for both speed and altitude. It made several advancements in aero-engine manufacture before switching to the auto industry.

The logo is a tribute

Ever wondered what the BMW stands for? Well, it is a tribute to the company’s Bavarian roots. Many people think the logo signifies an airplane’s spinning propeller. However, the white and blue colors reflect the pattern on the Bavarian flag.

BMW is older than a hundred years

As mentioned earlier, BMW is one of the biggest luxury car manufacturers in the world. Because of this, many people consider the company to be one of the new ones on the market. Interestingly, BMW is a very old company. It was established in Bavaria in 1916. This means that the company is 106 years old at the time of writing this article.

That’s it for BMW cars in Nigeria. This post shows you some of the popular models from the company on Nigerian roads. It also features a few facts about BMW that you should know.