One name that comes to mind when you hear fast cars is Porsche. This isn’t strange as the company set out to achieve this sort of result when it was established in 1948. Over the years, Porsche has presented us with several iconic vehicle models.

Today, Porsche is one of the thriving brands under the German auto company, Volkswagen Automotive Group. While Porsche isn’t exactly a very popular vehicle brand in Nigeria, there are a few famous models from this company that has thrived in this country. 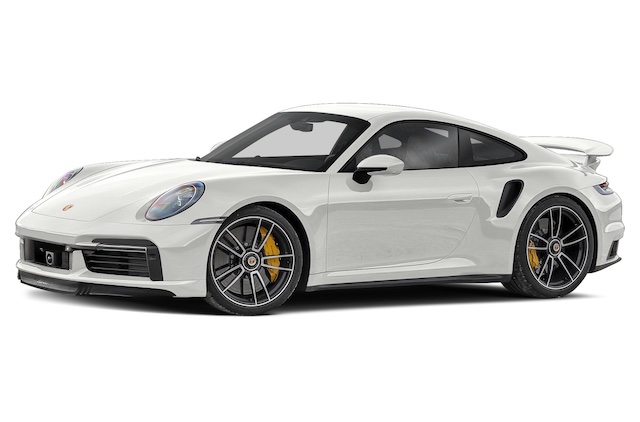 Prices of Porsche Cars in Nigeria in 2023

Some Popular Porsche Models in Nigeria

Below are some of the most popular Porsche cars in Nigeria:

The Panamera is one of the newer Porsche models but has stamped its mark of authority on the market in grand style. This vehicle is known for its luxury and performance, making it continue proudly in the heritage of its parent company.

Porsche introduced us to the Panamera in 2009 as a high-end sedan that was based on the design of the Porsche 989. This four-door sedan is quite practical while still maintaining the power and performance that vehicles from Porsche are known for. It is one of the most popular Porsche on Nigerian roads because of these factors.

While Porsche is known for its sleek sports sedans, the company decided to try its hands on something different in 2003. This gave birth to a luxury SUV known as the Cayenne. Despite being an SUV, it still featured a sports-like performance. It has a very powerful V6 engine that helped it make an instant mark on the market.

Over the years, Porsche has worked on improving the engine performance and the design of this vehicle. One of its main selling points is the space in the cabin and the trunk. This is unlike Porsche but it makes the car compete favorably with other luxury SUVs on the market.

The only challenge is that the Cayenne is considerably more expensive than most of its contemporaries and it is easy to see why. Regardless, the vehicle is still one of the most popular Porsches on the market to date.

The Porsche Boxter first hit the scenes in 1996 as a two-door, two-seater sports car. This vehicle has seen four generations since its introduction. Through these generations, Porsche has completely transformed the Boxter into one of the most exciting sports cars on the planet both in design and performance.

One of the hallmarks of this vehicle is its boxer or flat engine. This roadster is very fast and has a very attractive design. Asides from its speed, the Boxter also presents smooth handling and optimal comfort. While there are several variants of this vehicle, Porsche still maintains its sleek design and high-performing engine.

The Porsche Taycan has a reputation that precedes it as the vehicle that revolutionized the electric car market. This vehicle is the first electric sports car that helped Porsche to launch the electrification of its vehicles. Experts regard the Taycan as the vehicle with the first true electric driving capabilities on the market.

Since its introduction to date, this brand has grown in leaps and bounds. There aren’t many of these vehicles in Nigeria but it is still among the most popular Porsche cars around.

Experts are already labeling the Porsche Macan as the most popular of the company’s fleet. According to them, it should surpass the Cayenne in a very short time. Porsche has made the Macan a very powerful but fast model and it is still improving the quality and performance of the vehicle.

This vehicle was introduced in 2011 but only made its debut on the market in 2013. Before now, it used to be known as the Cajun and it is the junior of the Cayenne.

Several factors have made the Macan popular on the market. Some of these factors include speed, agility, and power. Every model of this vehicle features these characteristics which go a long way to say why it is fast becoming the most popular Porsche on the market.

Interesting Facts about Porsche that you Should Know

Porsche is undoubtedly one of the most popular vehicle brands in the world today. However, there are certain facts about this auto giant that so many people don’t know. This section of this post will present you with some interesting facts about Porsche that you should know:

Adolf Hitler, in 1934, gave Ferdinand Porsche an order to design a vehicle that every citizen could afford. At this time, Porsche was the chairman of Volkswagen. Hitler was convinced that every German should afford a basic vehicle that could transport a whole family. Porsche went ahead to design the Beetle and came up with the prototype in his home. The Beetle goes down in history as one of the highest-selling cars of all time with over 23 million units sold globally.

Most people think that the Taycan is the first fully electric car from Porsche. What they don’t know is that Ferdinand Porsche built the Lohner-Porsche in 1899. This vehicle was the first fully electric vehicle in the world. Interestingly, Elon Musk introduced the Tesla Model S over a century later. When Porsche introduced the Lohner-Porsche at the Paris World Exhibition in 1900 and it was recognized as the most innovative invention.

When the name Porsche comes up in conversations, the first thing people think about is fast cars. Interestingly, Porsche produces several other products asides from cars. Some of these products include aircraft engines, forklifts, and farming tractors.

That’s it for Porsche Cars in Nigeria. We have shown you the most popular Porsche vehicles in the country and a few interesting facts you should know about this auto manufacturing company.