Volkswagen automobile company is widely known in the Nigerian market, making different models of the same vehicle brand year after year to the delight of their customers. The brand has successfully built a good number of models with top-quality designs. 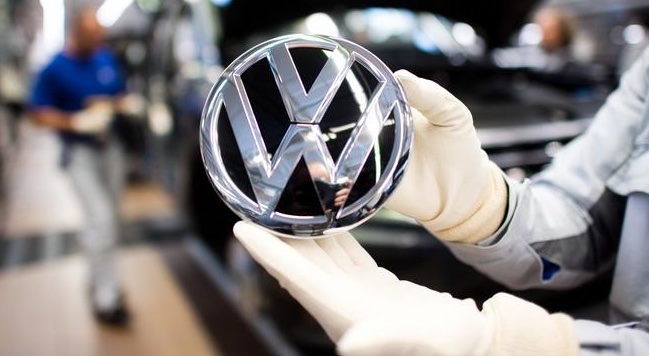 Volkswagen golf is one of the most common types of cars produced by Volkswagen. It was the Golf that was produced after the Beetle. It is a compact/small car that has been in existence since 1974. Golf is regarded as a very remarkable product as the Golf is Volkswagen’s best-selling model.

German automobile manufacturer Volkswagen started making Passat to add to other Volkswagen models. The Passat name appeared for the first time in the market in 1990 and has remained ever since.

Passat is a good midsize car that delivers a comfortable ride, even over bumpy roads, and its lone available engine has sufficient power for your daily transport. In 2019, its output has reached 543,706 productions.

The Jetta was introduced to the world at the 1979 Frankfurt Auto Show. Production of the first generation began in August 1979 at the Wolfsburg plant. The Volkswagen Jetta is a compact car/small car. In 2019, its output has reached 543,706 productions.

The Volkswagen Atlas is a mid-size  SUV ( Sport Utility Vehicle) manufactured by the German automaker Volkswagen. Its first production began in 2017 which made it new to the market. Volkswagen Atlas, also called Volkswagen Teramont could contain up to 7 passengers (the First VW brand that has the ability). Volkswagen atlas feature standard LED headlights.

Making a purchase decision of any Volkswagen model comes with many advantages. No matter the model you decide to purchase, say Golf, Passat, Jetta, Atlas, almost all of them stand apart from competitive brands. Volkswagen Group spends good time researching the manufacturing of a car to ensure fantastic design rather than coming up with a mediocre output. These are some reasons Volkswagen is different from other brands.

The biggest advantage the Volkswagen cars have is though they come with the new technology and innovation they still have the eye-catchy design and build that gives a comfortable ride and safety.

Durability is one of the strongest selling points of the Volkswagen brand. Since the time Volkswagen produced the Beetle car, the brand has gained popularity as the manufacturer of reliable and durable cars. You have the assurance of using any Volkswagen model for a long period. For many years now, Volkswagen has received the highest ratings for reliability and there are not many car brands that can compete with Volkswagen in this aspect.

If you are looking out for comfortability as a car specification, look no further. With any model of Volkswagen, seats are designed to provide maximum support.

As a whole, the Volkswagen brand always ensures to come up with a quality design and ensure the durability of any model of Volkswagen.

Also, Volkswagen brands are capable and fit to move on the road. The Golf might look small but it’s sophisticated. It feels stable on the road and is enjoyable to drive. In addition, all Volkswagen is built with the necessary equipment that is fit for different purposes like a road trip, driving to the workplace. However, the car’s durability depends on the users too. Here’s an advice, “manage your car effectively.”

Lastly, the models like the Golf and Jetta introduced above should be considered if you are looking for a small or compact car for your personal utilization. Also, if you want a very affordable car for a start, you might want to consider any model of Volkswagen.

Volkswagen is a German motor vehicle made in 1937 by an organization, German Labour Front, popularly known for producing Beetle car. The brand Volkswagen has its headquarters in Wolfsburg city, Germany. The brand name is gotten from the German word “Volk” which means people. Hence, the manufacturer called it Volkswagen meaning people’s car. Volkswagen made 84 years ago is still one of the brands of exotic cars you would see people using on the road. Its quality service delivery made it to be ranked the largest carmaker by worldwide sales in 2016 and 2017. The logo of the brand has VW arranged in a circle. Volkswagen car manufacturers delivered around 9.3 million vehicles in the world and China accounted for around 40 percent of worldwide deliveries in 2020.

Let’s come down to Nigeria. How often do Nigerians purchase the Volkswagen brand? According to a recent article in nigerianguide.com, Volkswagen is ranked among one of the top 10 car brands in Nigeria. This brand is considered one of the most popular in Nigeria today because of its durability and other special features which will be discussed in subsequent paragraphs. Since the invention of the Beetle was greatly accepted and used some years back in Nigeria, Volkswagen manufacturers went further to produce other more sophisticated VW cars over the years. Today, Volkswagen is one of the top-notch when it comes to most used brands in Nigeria

Due to the influx in purchases of Volkswagen in Nigeria, Volkswagen Group arranged for procedures of domesticating aspects of their manufacturing and supply value chain in Nigeria. A deal to allow Volkswagen to develop an automotive hub in Nigeria was signed between the automaker and the federal government. The statement issued by Volkswagen said it signed the contract because it identified Nigeria as a country with significant potential for growth in the new vehicle market.