Dodge is a part of the Fiat Chrysler Automobile family along with several other auto brands like Ram, Maserati, Chrysler, Jeep, Alfa Romeo, and Fiat. It is seen as the performance brand of the lot. This brand sells both SUVs and muscle cars while its truck lineup falls under the Ram moniker.

A few things are common with Dodge vehicles. Some of them include ample horsepower and high-performing engines. Dodge vehicles are becoming more popular on Nigerian roads these days. This post will show you some of the most popular Dodge cars in Nigeria. Let’s dive straight in. 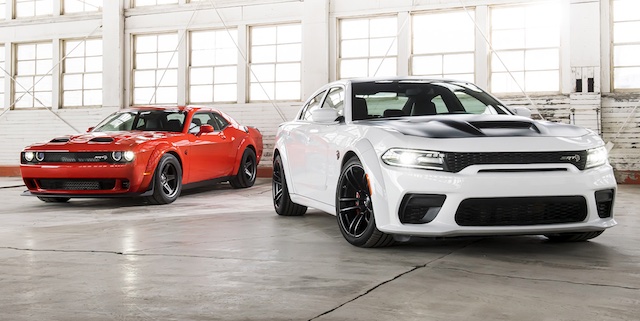 Prices of Dodge Cars in Nigeria

Some Popular Dodge Models in Nigeria

Below are some of the most popular Dodge models in Nigeria:

As mentioned earlier, Dodge is known for making muscle cars and the Challenger is one of them. The first version of this model was introduced in 1969. Interestingly, the Challenger has evolved between then and now to become one of the best-performing Dodge models of all time.

The current set of Challengers falls under the third generation. It is no secret that Dodge has put in so much effort to reinvent this vehicle. Everything, from the engine power and performance to the comfort of the interior as well as the security features and cargo space endears this vehicle to the hearts of Nigerians.

The Caliber is a compact hatchback from Dodge. This vehicle first hit the market in 2007 and went out of production five years later. While it was only on in production for only five years, it is one of the hatchbacks that has made a mark in recent history.

The Dodge Caliber is known for its top-notch safety attributes. This vehicle has fair safety ratings but is still a great piece to own in this part of the world. It also comes with a high-performance engine, smooth handling, and great suspension. One of the reasons Nigerians like the Caliber so much is that it seems to be the most affordable Dodge on our list.

The Dodge Charger is regarded as one of the original muscle vehicles to be manufactured. Because of this, it has attained iconic status, especially in the United States. The Charger was first introduced in 1946. At the time, most people didn’t fancy the car. Dodge decided to hold on to the release of this vehicle until 20 years later. As they say, the rest is history.

The Dodge Charger has gone on to become one of the iconic muscle car models Dodge. Dodge discontinued the production of this car for a while before bringing it back in 2006. Between then and now, the Charger has grown in popularity, stretching its tentacles globally. It owes its popularity to several factors such as its speed and performance capabilities. The latest version of this vehicle has an engine that can hit 797 horsepower, an incredible feat.

The Magnum is Dodge’s attempt to make “station wagons” become cool again. Remember the iconic family trucksters of the 60s and 70s? However, the company adds a twist to make the Magnum a more hip station wagon that the younger generation will love.

To this end, Dodge infused the Magnum with style, power, and speed, three factors that no generation of car lovers can do without. While the Magnum was discontinued only three years after its initial production, the car is still available on the Nigerian auto market. It owes its popularity to its durability, cargo and cabin space, performance, balance, and handling. Seeing that it is no longer being manufactured, this car is also one of the most affordable Dodge vehicles you will find in the country.

The Dodge RAM is popularly referred to as the Ram pickup. It is a full-size pickup truck produced under the Ram moniker. This pickup van was first released in 1981. Since then, this vehicle has evolved in design, style, and performance while growing in popularity.

Nigerians love the Dodge RAM for its versatility and durability. You can use this pickup truck for just about any purpose. Recent versions feature very attractive designs which make the RAM worth purchasing in this part of the world.

The Dodge Durango has been around for quite a while. The initial design was a four-wheel-drive mid-size SUV. Over the years, Dodge has transformed the Durango into a full-size, high-performance SUV with an amazing design.

You won’t find many of the first and second-generation Durangos on the market. The Durangos from the third generation are more predominant in the Nigerian market. They combine class, high performance, handling, and comfort to present you with one of the best SUVs on the market currently.

Reasons to Buy a Dodge Vehicle in Nigeria

As mentioned earlier, Dodge is the performance line of Fiat Chrysler Automobiles. We have shown you some of the most popular Dodge models in Nigeria today. This section will show you why you should consider buying a Dodge in Nigeria.

This is probably the most important reason of all. Dodge vehicles are designed to be highly reliable. You can count on them and we will tell you why. The market is filled with several models from this brand that have been discontinued for over a decade. Regardless, people are still using these vehicles without any difficulty or complaints. Dodge vehicles have a reputation for holding up for long periods.

Most of the Dodge vehicles you have on the market today are used. If you are looking for a vehicle brand that will help you save money, you should consider buying a Dodge. These cars are far more affordable than other brands in the same category. Who wouldn’t want to spend less on a car?

That’s it for Dodge cars in Nigeria. This post has shown you some of the most popular models from this brand on the Nigerian market. It has also explained why you should consider buying a Dodge vehicle.