One thing Audi is renowned for is its high-quality vehicles. The Audi A7 is no different as this luxury vehicle presents the driver with top-notch handling, loads of security features, and mind-blowing comfort. Experts recognize the work Audi put into the design of this luxury coupe vehicle and rank it among the best in its class.

This post will show you the current prices of different Audi A7 models in Nigeria. It will also show you the best and worst years as well as why you should consider buying this vehicle. 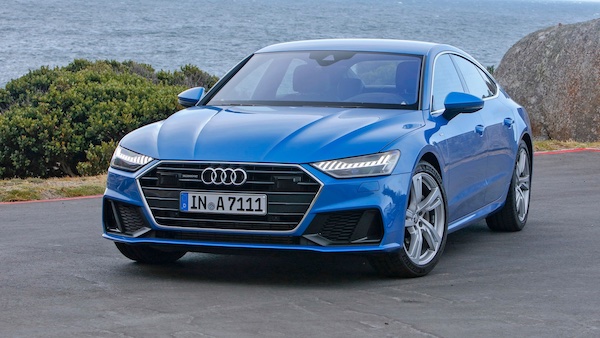 Audi A7 Prices in Nigeria by Model Year

Audi first released the A7 in 2010. Between then and now, the product line has grown in popularity and functionality. The auto giant has added several features to this product to make it more sophisticated and able to compete with other brands. This section will show you the different models and their prices by the year.

The Best and Worst Audi A7 Year Makes

When Audi released the A7, nobody was ready for the kind of success this product was about to experience. One would have thought it was just one of those cars that will soon fade away. The reverse was the case as this vehicle paid tribute to Audi’s 100 Coupe which was released in the 1970s. Interestingly, this vehicle was larger but more stylish than the 100 Coupe.

This car has been highly impressive in its reliability, handling, and driving performance. As such, it is pretty difficult to choose the best and worst Audi A7 year makes. What we have done is show you our top three Audi A7 models in this section.

This was the first model Audi allowed to go public. It was mostly referred to as a Sportback because of the lower-slung rear. This vehicle also featured a five-door body design that was quite radical and presented an image of strong performance. The engine of this vehicle was capable of generating 325 lb. of torque and 310 horsepower. It could also go from 0 mph to 60 mph in just 5.4 seconds. The 2012 Audi A7 came with several standard features including automatic xenon headlamps, cruise control, and three-zone climate control.

In 2014, Audi introduced sleeker styling to the A7 than ever. The manufacturer then equipped the car with a 3-L turbocharged engine that came with smart/stop technology. This engine maintained the performance of the 2012 Audi A7 but came in a 240 hp-variant. The main improvement was the addition of several other features including power-folding side mirrors, a power driver’s seat, and heated rear seats. Others include a keyless start, Bluetooth hands-free phone capabilities, and a heated steering wheel. The car was also equipped with advanced airbags and blind spot monitoring.

We saw another major upgrade of the Audi A7 in 2016. The upgrades made this model one of the finest of the lot. Audi added a more contemporary front-end design equipped with slimmer LED headlights as well as a subtler grille. It also restyled the taillights so that they had a more horizontal and angular look. Asides from the design upgrades, most of the features were the same, just improved on.

Why You Should Buy The Audi A7

This section will show you some reasons why you should consider buying the Audi A7.

The Audi A7 presents drivers with lots of aids, standard, and optional. This vehicle comes with a forward collision warning system, blind spot monitoring, and parking sensors, to mention a few. You are assured of a high level of safety when driving this vehicle.

It is no secret that Audi and luxury are quite synonymous. The Audi A7 is very stylish and comes with several high-end features. If you love a mix of functionality and luxury, then you should consider this vehicle.

The ride quality of the Audi A7 seems to exceed every expectation. This car comes with air suspension and adaptive dampers that ensure that it absorbs different kinds of shocks as you drive. The wheels are also designed to ensure that you enjoy smooth ride quality while the cabin is extremely quiet.

That’s it for Audi A7 prices in Nigeria. This post has revealed the current prices of the models available in Nigeria. It has also covered the best and worst years of this product as well as some reasons why you should buy an Audi A7.