Infiniti is a very popular vehicle brand that has manufactured all kinds of sedans and SUVs for several years. One of the products that have been introduced by this brand is the Infiniti FX35.

This luxury crossover SUV is popular for its reliability, high performance, and attractive design. This post will focus on Infiniti FX35 prices in Nigeria, the best and worst years, and some exciting information about this vehicle. 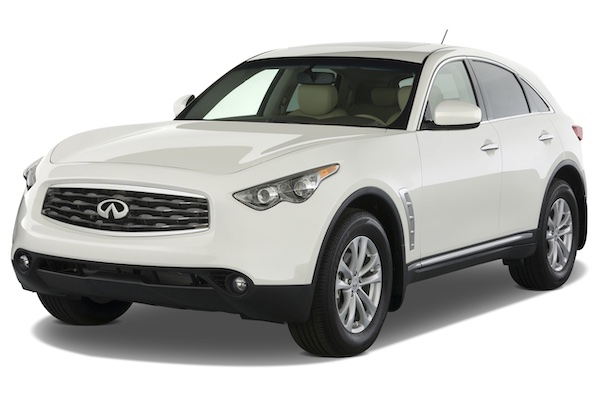 Infiniti has introduced us to several models of the FX35. However, the brand decided to change the name of the vehicle after the release of the 2012 model. Since 2013, Infiniti has renamed the FX35 as the QX70. This section will focus on the prices of the Infiniti FX35 available in Nigeria at the time the car was known by its original name.

Anyone familiar with the Infiniti FX35 will agree that this vehicle mixes luxury with reliability quite well. It comes with a very competent engine that presents smooth performance and an overall top-notch driving experience. Knowledge of the best and worst years of a vehicle informs the decision of the buyer. The challenge is that we couldn’t get this information about this vehicle seeing that it didn’t last too long on the market.

What we were able to get is the most common problems with Infiniti FX35. We will discuss some of them in this section. Before we go ahead, you should note that this vehicle has a 4.5 out of 5.0 stars for its reliability. Despite having such high ratings, the Infiniti FX35 still has a few challenges. Check them out below:

One of the most commonly experienced challenges with the Infiniti FX35 is worn-out wheel bearings. The wheel bearings in front of this vehicle are prone to wearing out prematurely and may even get damaged if care is not taken. You are likely to notice abnormal grinding noises after a while of using this car. When you notice this sound, it means that it is time to change your wheel bearings. We suggest you do so quickly to avoid further damage to other parts of the vehicle.

Infiniti FX35 models between 2003 and 2010 experienced this problem the most. The fuel leaks result from defective fuel filler hoses. This component develops cracks easily which may result in leaks while you are refueling. It is no secret that fuel leaks are extremely flammable and can ignite at the slightest provocation. An easy way to detect this problem is the strong smell of fuel immediately after refueling. You may also notice fuel on the ground when you move the car. Ensure that you take your vehicle for repairs immediately after you notice this issue.

Issues with the instrument cluster

The final problem we will discuss is the issue with the instrument cluster. Sometimes, you will notice that there is premature bubbling on the dashboard. This problem begins at about 50,000 miles of usage. When this happens, speak to a professional vehicle electrician. You may need to reset the instrument cluster or get a replacement.

FAQs about the Infiniti FX35

As mentioned earlier in this post, the Infiniti FX35 is a top-quality vehicle. This vehicle has a very high reliability score and is regarded by most car experts as one of the best in its category. In this section, we will answer some frequently asked questions about the Infiniti FX35.

Is the Infiniti FX35 a good car?

Yes, this vehicle has a fairly high reliability rating. It ranks number four out of fourteen for luxury mid-size SUVs. It doesn’t cost so much to maintain and repair mostly because the issues with this vehicle aren’t as severe as what you have in most SUVs.

When did Infiniti stop manufacturing the FX35?

Infiniti discontinued the FX35 after the 2012 model. After this period, it renamed the vehicle QX70.

What was the reason behind the discontinuation of the Infiniti FX35?

The main reason behind Infiniti discontinuing the FX35 is that the company decided to focus on introducing newer crossover SUVs. While it was a great vehicle, the company felt it needed to follow the trend and move on to new crossover SUVs.

Does the Infiniti FX35 come with a timing belt?

No, instead of a timing belt, the Infiniti FX35 comes with a timing chain. The chain is sturdier and lasts longer than a belt, a huge benefit to the car owner.

There you have it for Infiniti FX35 prices in Nigeria. This post has revealed some common problems with this vehicle and also answered a few FAQs.