Bentley is a car brand that is known for its amazing luxury vehicles designed with a touch of excellence. While this brand is not synonymous with SUVs, it introduced the world to a mind-blowing crossover SUV known as the Bentley Bentayga in 2015.

This post will show you the current prices of some of the models of this vehicle in Nigeria. It will also tell you the best and worst years of this vehicle as well as some interesting facts about the Bentley Bentayga. 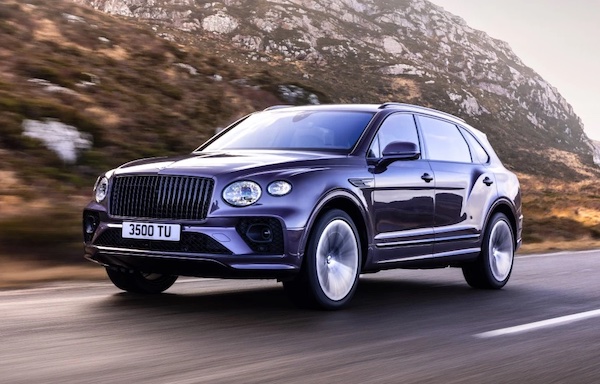 If you are looking for a luxurious SUV, one that would make the cut anywhere in the world is the Bentley Bentayga. This vehicle comes with Bentley’s popular interior quality and mixes it with the capabilities of a 4 x 4 vehicle for the first time. Let’s show you the prices of the different Bentley Bentayga models by year in this section.

There are so many things about the Bentley Bentayga that catches the eye. From the powerful engine to the extremely customizable and comfortable interior, there’s so much to look forward to. Similar to other vehicles, there are certain years that one should consider buying, and other models that you should stay away from.

The Bentley Bentayga has only been around for a little over six years. As a result, it is pretty difficult to figure out the best and worst years of this vehicle. Most of the customer reports and expert reviews find very little to complain about. What we have found are a few pros and cons of this vehicle and we will discuss them in this section.

Pros of the Bentley Bentayga

Here are a few things that we like about the Bentley Bentayga:

The Bentley Bentayga comes with a very powerful, regardless of the year model. For example, the 2021 Bentley Bentayga comes with a twin-turbo V8 4.0-liter engine that delivers 568 pounds-feet of torque and 542 horsepower. This engine also features an eight-speed transmission while the car itself is pretty heavy with a weight of over 5,400 pounds. That’s a lot of power to enjoy on any kind of road.

Despite being so heavy and the engine producing so much power, the Bentley Bentayga’s handling is excellent. One would have thought taking sharp turns would require so much effort, but the reverse is the case. The handling of this vehicle feels like you are piloting a luxury wagon as the steering responses and reflexes are top-notch.

As one would expect, the interior of this vehicle is almost impossible to describe. Bentley put in a lot of work to ensure that everything is inch perfect. Once you open the doors, you are welcome to a perfect mix of leather, wood, and chrome. Everything is properly finished and then there’s the impeccable infotainment system to go along. The cabin space comes with sufficient space in front and behind.

Cons of the Bentley Bentayga

Here are some things we think Bentley could do better with the Bentayga:

Only drives well on smooth roads

One would have thought that as an SUV, the Bentley Bentayga would have great off-road capabilities. However, it seems to only drive well on smooth roads. It gets all choppy and bouncy when you get to rough terrain which defeats the whole essence of an SUV.

Of course, it’s a Bentley, so it should be pricey. However, we think it is too pricey and the price differences across the models seem pretty ridiculous.

Interesting Facts You Should Know About the Bentley Bentayga

Here are three important things you should know about the Bentley Bentayga:

That’s it for Bentley Bentayga prices in Nigeria. This post has shown you the prices of different models of this vehicle in Nigeria. It has also revealed the pros and cons of the vehicle as well as some interesting facts you should know.